On August 6, 1945 the United States, while at war with Japan, dropped the most destructive weapon ever used. The Atomic Bomb was again used on August 9th. These two bombs ended the war and changed the world forever. The bombs were so powerful that they were developed under the most secret project of the early 20th century. The Manhattan Project, while most known for being at the Los Alamos Laboratory in New Mexico, had sites across the country. One such site was in Dayton, Ohio.

The Mound Cold War Discovery Center tells the story of what Dayton did for the Project, why they it continued its work, and what finally happed to it in the end. From being the first post war site built by the Atomic Energy Commission to the beginning of the 21st century, the role the site played was both militaristic and peaceful. The Museum is one large room with displays along the walls that tell the story of the Mound. Using videos, pictures and artifacts the museum unfolds the work from the early days of the Dayton Project to the cleanup and closure. Many of the displays are just text and pictures, or artifacts and text. Some however are larger interactive items, such as a working Geiger counter and a glove box. Upstairs is the archives with information on almost every worker at the mounds, and photos of the workers experience.

Overall the story gets across without bogging down too much in the details. With the price of admission being free, it is well worth the price. Adding in a trip to the Miamisburg Mound across the street, also free,  and a stop downtown for lunch, one can easily fill a morning. 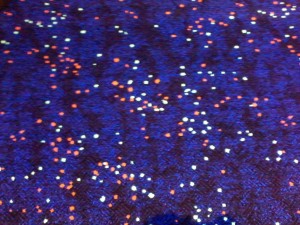 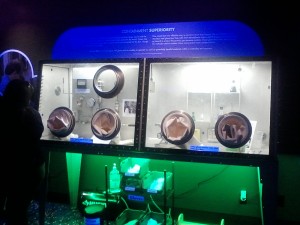